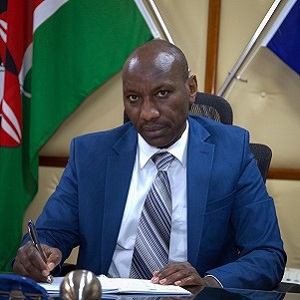 She took the oath of office on 9th December 2014, marking the beginning of her six years term as the Chairperson of TSC as a Constitutional Commission. She brings with her a wealth of knowledge and extensive experience in Education, Administration, Management, and Curriculum development and implementation. She is the immediate former Director and Chief Executive Officer of Kenya Institute of Curriculum Development (KICD). She had previously worked for TSC, rising through the ranks to the position of acting Commission Secretary/CEO. She is a teacher by profession and taught in various schools before joining the Secretariat.

He was appointed member of the Teachers Service Commission on 20th March 2015. At the time of his appointment, he was the Director of Performance Management in the Ministry of Devolution and Planning. He is an educationist who has worked for the Commission as a teacher. He started his career at Aga Khan Secondary in Mombasa and rose through the ranks to the position of Dean of Curriculum at Murang`a Teachers Training College. He has also served as a Municipal Education Officer, Mombasa County and as the Provincial Director of Education in charge of Nairobi. He had risen to the position of Director of Field and other Services at the Ministry of Education before joining the Ministry of Devolution.

He was appointed member of the Teachers Commission on 20th March 2015. At the time of his appointment he was a member of National Executive Committee of Kenya Red Cross Society. Prior to this he was the Vice Chairperson National Gender & Equality Commission. He has also served as the Chairman Board of Directors, Ewaso Nyiro Development Authority. A teacher by profession, he has taught in various schools and rose through the ranks to the position of school principal.

She initially worked for the Teachers Service Commission for eight years. she holds a Bachelor of Education (Arts) degree from the University of Nairobi and has undertaken various professional courses.

He was appointed member of the Teachers Service Commission on 20th march 2015. At the time of his appointment he was the TSC County Director Nyeri County and the national chairman of the TSC County Directors. He initially worked as a professional teacher and an administrator in various public institutions. He began his career at Karaba Secondary School and later taught in various institutions, and rose through the ranks to the position of Chief Principal at Egoji Teachers Training College before joining the TSC Secretariat as the County Director of Nyeri County.

He holds a Bachelors’ degree in Education from the University of Nairobi and a Diploma in Pharmaceutical Technology from Penn Foster Career School in USA. He has also undergone training at Strathmore University on the Art of Leadership in Educational institutions. 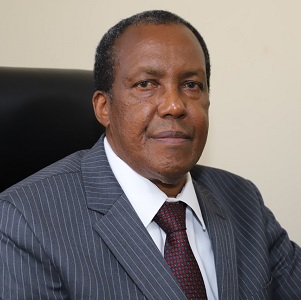 Mr Ng’ang’a was appointed member of the Teachers Service Commission on 29th April 2020. Prior to his appointment, he has served in various capacities both in the private sector and in public service. Mr Ng’ang’a is an Advocate of the High Court of Kenya and a Certified Public Secretary. He has practiced law for over twenty-five years. He has also served as Chairperson of the Kenya Law Reform Commission for six years and as Chairperson of the Energy Tribunal for six years. 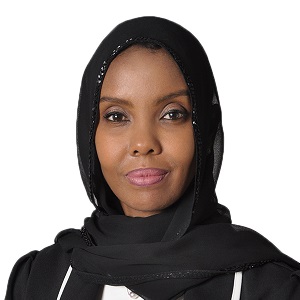 Ms Leila A Ali was appointed member Teachers Service Commission on 4th May 2020. She has a wealth of experience in the financial sector spanning over 12 years both in Kenya and the United Kingdom. MS Leila has actively been involved in incubating different small sized companies into profitable and successful companies. She has worked with Baker Tily Merali as the in charge of planning and execution of large and medium sized company’s due diligences and audits including those of non-governmental organizations. Ms Leila has also served in various boards including the Wangari Maathai Foundation and the Competition Authority of Kenya.

She holds BA (Hons) in Accounting and Finance from the London South Bank University. Ms Leila is an affiliate of the Association of Chartered Certified Accountants (ACCA).